Half- Śiva and Half-Viṣṇu, Harihara combines the power of two out of three most important deities in Hinduism. Existing in Hindu and Khmer statuary roughly around the same time, i.e. 6th-10th centuries CE in Preangkorian Cambodia it gained prominence across the country as one of the few Hindu deities to be represented in sculptural form, far exceeding the importance it was given in its land of origin. There are a number of religious and political factors leading to its emergence in Khmer Art, but for reasons still unknown, it disappeared roughly around the 13th century during the Angkor Period. Of the holy Trimūrti in Hinduism – Brahmā, Viṣṇu and Śiva, the latter two were more popular in South East Asian countries.

For a number of reasons, the transference and assimilation of culture from India to South East Asia led to a change in the religion at a structural level. In ancient Cambodia, rulers adhered to the Devarāja cult wherein they established themselves as avatars of Śiva or Viṣṇu, who were to depart for their respective worlds after death and hence achieve deified status. These two deities went head to head in terms of power, stature and popularity in Khmer culture, as rulers preferred to align with one or the other depending on their individual preferences. And although Śaivism gained prominence as a state religion, especially during the 9th -13th centuries, Viṣṇu was the first Hindu deity that the Khmers came into contact with. As two of the most powerful icons in Hinduism, it would seem only natural that a fusion of Śiva and Viṣṇu in the composite figure of Harihara would be of significance to the rulers.

As mentioned earlier, ancient Indian texts describe Hari-Hara as a composite image that is half-Viṣṇu (Hari) and half-Śiva (Hara). Most prominent in the Southern part of India, in Cambodia it functioned as a symbol meant to dissolve sectarian differences between Vaiṣṇavite and Śaivite sects. In Gosta Liebert’s Iconographic Dictionary of religions, she talks about the icon’s mythological history and explains how Harihara is divided exactly in two halves, where the right half is represented by Śiva’s attributes, and the left half is endowed with the attributes of Viṣṇu.

In Preangkorian Cambodia, Harihara was one of the few deities among the Hindu pantheon to be represented in sculptural form and worshipped as a deity in its own right, albeit for a short while. There is no doubt that the worship of Harihara gained prominence during this century in a way that is unequalled across Southeast Asia as well as in India where it originated. Therefore, while Harihara was not the primary deity of worship, in terms of depiction in art it enjoyed a higher level of popularity than other subsidiary deities in Hinduism. 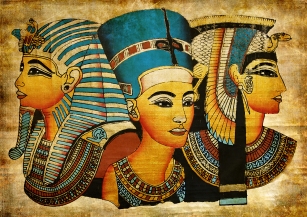